Why The Hunger Games Movie Worked 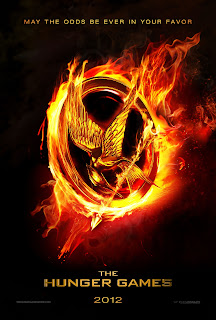 So I finally got around to seeing the Hunger Games. I'd heard so many good things and so many bad things about the movie it kind of slipped to the bottom of my to-do pile.

Now that it's on Netflix here in Canada I had no excuse.

I really liked the movie. It was dark without being depressing. In fact, it has everything I could ever hope for in a movie.

As I watched it, my prevailing thought was "How is this YA?" When did YA become so brutal sci-fi? Is it just because the main character is young? The subject matter is just as dark as 1984; actually, probably more so. The only difference was they toned down sex talk and offered a little bit of hope. Like Donald Sutherland's character (President Snow) says hope is a powerful thing.

Katniss (played by the amazing Jennifer Lawrence) is a great hero-figure. She is strong but never ruthless. Confident but never arrogant. And she fights for the underdog. On top of that, bows are pretty flippin' cool.

Peeta (played by Josh Hutcherson) is completely dreamy. I'm sure teenage girls everywhere pined for him. He's strong without realizing how strong he is: this is another trait we need to see in our heroes. Nice to see the princess rescuing the prince for one too.

So what did I learn as a writer:
No matter how much action you throw into a story, what will stay with the audience is the characters. Make them love your characters and the story will be a success.

Nothing makes you route for a character more than adversity and failure followed by success and hope.