The second book in the Rapture series is filled with more action, more drama and more intrigue than the first book.  The stakes have really been raised...which is kind of hard to do considering the first book starts with the end of the world.

WHAT YOU NEED TO KNOW

Sam is our hero. He's half-demon, half-human ( a Camion). In book one of the series he learns his father is Satan. He was trained by a master swordsman. He wields special swords (katana and wakisashi) designed to kill demons.  He's on a mission to protect the innocents left on earth after the rapture from the hordes of demons trying to drag them to hell.

The book starts full-throttle: a rescue mission to hell. From there the stakes are raised every chapter until, by the end, you are nearly as tired as Sam.

One of the best things about this book is Sam's new companion, a hell hound named Yeth.  He's a fierce fighter but, more important, a loyal friend (something Sam has been lacking).  You also have non-stop action that is more global now. We move beyond the small corner of the United States and get a glimpse of how bad things are around the world.

The plot is consistent; no gaping holes in logic or believability. The motivations of each character are understandable. And no matter how strong Sam gets he always has limitations; he never becomes a superman.  The book ends with a cliffhanger that makes it impossible to not buy the third book in the series. (due out later this year).

It's very hard for a single character to carry the whole book.  Sam is alone most of the time..which means there is very little dialogue. This leads to long sections of description.  I would have liked Sam to spend more time with someone else, either Yeth or someone else. This would have allowed more of the story to play out in dialogue and break up the large sections of prose.

Having said that, part of the theme in this book is just how alone Sam is. And despite his isolation he is still fighting for the innocents. In fact, he is doing more visible good than the angels...which I think is also part of the message. Maybe it is not the station of our birth that should define us. Maybe it is our actions.

I spent many Friday nights with a baptist youth group studying the book of revelations. In all of those meetings no one really focused on what happened AFTER the rapture because everyone seemed to think they'd ascend to heaven. My baptists days are behind me. I haven't read the book of revelations for over 20 years. Still, I remembered enough to realize that Phillip W Simpson knows his stuff.

What he does with his knowledge is the fun part.  Tribulation is a fun read and even stronger than Rapture. If you liked the first in the series, you will love this one. 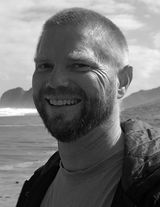