New Novel Coming - Are You Watching Me? 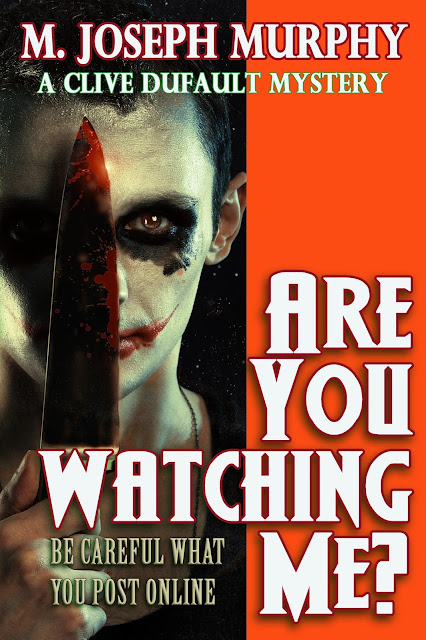 I'm happy to announce my new novel will be available for pre-order soon with a release date of March 29th. It takes place in the same universe as my Activation series but starts one year before Council of Peacocks. It's also a different genre for me: pure thriller.

A sex addict attracts the attention of a serial killer.

The city is on edge. A bizarre serial killer with a fetish for dolls has sexually assaulted and murdered three men. The police are baffled, unable to find a link between the victims.

Clive Dufault is a sex addict with obsessive compulsive disorder. He commits daring public sex acts, records them on his phone, and uploads them to the internet. He's always careful to hide his face but now he's lost his anonymity.

Someone is watching him.

Clive discovers the killer is targeting sex addicts, specifically those who post their activities online. And he is next on the list.

Time is running out. Now, the killer isn't just following Clive online. He's behind him on the subway. Waiting for him at work. Inside his apartment.

Clive needs to discover who the killer is before he becomes the next victim. His investigation uncovers a startling fact: the victims share more in common than sex addiction.

Are You Watching Me? is a fast-paced thriller filled with shocking violence and intriguing plot twists that will keep you guessing.