Guardians of the Galaxy – Science Fiction or Fantasy? 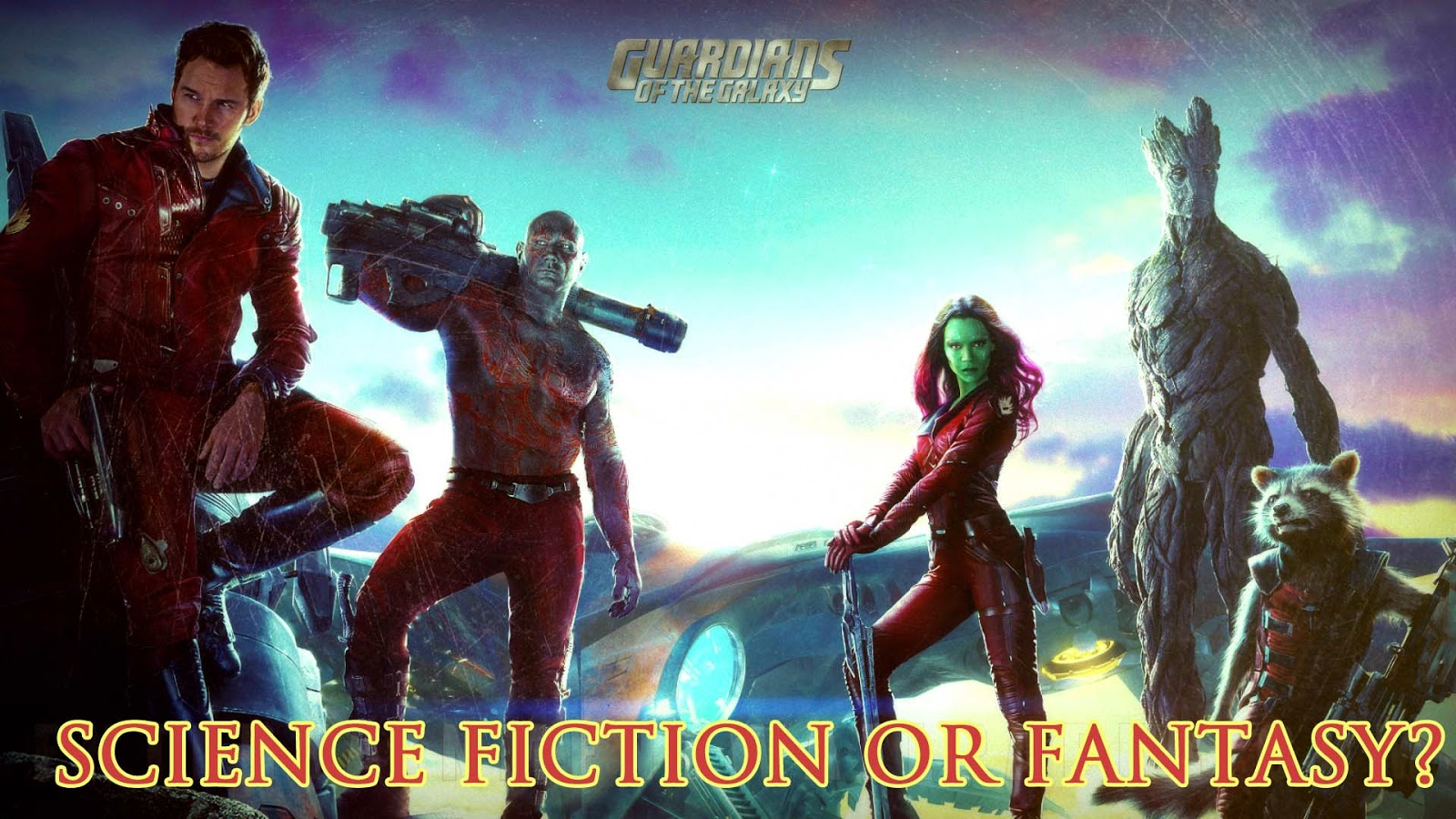 THE DIFFERENCE BETWEEN SCIENCE FICTION AND FANTASY

For some, this is a touchy subject. Some get downright fanatical about the difference. For example, Star Wars, they say, is pure fantasy while Star Trek is pure science fiction. The distinction between the two depends on whom you ask. Here's one definition:

"While science fiction draws on and extrapolates from what we know about reality and science, fantasy invents what does not (and likely could not) exist in our reality."
Source: What’s the difference between science fiction and fantasy?

In science fiction, the science or technology needs to be integral to the plot of the story. As Asimov "If you can take the Science out of the Fiction and still have a viable story in another genre, you did it WRONG."

If we’re honest, aside from submission editors, the only people who care about the distinction between science fiction and fantasy are science fiction fanboys. So why do they care? Superiority. They want you to believe that science fiction is inherently better than fantasy. Any fantasy author or reader knows this is ridiculous. In fact, fantasy, as a genre, may be the older genre of storytelling. (source: The Difference Between Fantasy & Science Fiction)

Although many become fanatical discussing the difference, I tend to agree with  Guy Gavriel Kay: I'd suggest that the search for sharp distinctions in literary categories is quixotic, except for one thing: 'quixotic' connotes something heroic as well as (probably) delusional. I doubt there's anything heroic in the category fetish. We need them, as consumers (and by extension, publishers - and agents and authors - need them as suppliers) and I've never agreed with those who suggest that a straight alphabetical shelving system for all fiction in bookstores in the way to go. Having said that, it seems only common sense to note that many books will blur borders, many authors will shift categories, sometimes with reckless abandon (to the chagrin of marketing departments everywhere), and many readers will endlessly debate definitions of categories.

1. Is it Possible and Plausible?

Well, it's as plausible as anything in Star Trek or Asimov's Foundation series.There is no magic in Guardians of the Galaxy. Starlord has various technical toys but is essentially Indiana Jones with better tools. Rocket is the result of genetic manipulation and cybernetics.

The only elements that appears mystical are the Infinity Stones. In the movie they are forged by the interaction of multiple universe. So, in a sense, their origin is tied to our current understand on quantum physics. Sorta.

For more on the Infinity Stones click here: Infinity Gems by Comic Vine

2. Is the Science/Technology Integral to the Plot?

Absolutely. The central MacGuffin is a piece of technology. Every character in attempting to gain control of the Infinity Stone uses space-aged equipment to retrieve it. It could be said that one of the main characters is Starlord's mix tape, an old form of technology that keeps us tied to Earth even in the deepest part of space.

3. Does it Extrapolate from Known Science?

Every device we see is an extension of a currently existing one. It gives the movie a very grounded feel. Again, the only item that appears unimaginable is the Infinity Stone...and it is supposed to defy explanation.

IT SHOWS THE SCIENCE BUT DOESN'T FOCUS ON IT

One of my favorite parts was something subtle many may have missed. Throughout the entire movie, we are SHOWN that Starlord wears a small black device behind his right ear but it is never discussed in conversation. This is a nod to a universal translator that allows various species to communicate with each other. But no one talks about it because it is a common, everyday part of the culture. If you think about it, when was the last time you had a conversation with your friends about the technology and purpose behind a phone. Everyone knows what it is so no one talks about it. Similarly, in Game of Thrones, no one talks about the lack of moon in the sky because no one has ever considered there should be a moon in the sky.

The ear piece is an example of how worldbuilding done properly. It is there for the people that are looking for it but doesn’t get in the way of the story. Over-explanation can ruin a story. Need I mention midichlorians?The Real Problem with Midichlorians

Based on these guidelines, Guardians of the Galaxy is best described as science fiction. However, you classify it, it is one of the best movies I've seen in years. I can't recommend this movie enough. If you haven't seen it yet, get off your computer, put away your phone, and go see it. You can thank me later.