I love me some superheroes. I've been a comic book geek pretty much my entire life. It started with the X-Men in the 70's. During the 80's I walked to the comic store every week, usually spending over $300 a month to feed my addiction. The only reason I'm telling you this is to help you realize I'm a bit of an expert on the 'genre'.

Kingdom of Heroes is takes superheroes out of comic books and mixes in elements of film noir and old-style murder mysteries. Similar to the George R. R. Martin's Wild Card series, a virus hits the planet and gives some people superhuman powers. Phillips skips ahead several years and gives us a world very likely to exist if this did happen.

Our hero is The Detective. A He is contacted by The Seven - a group of superpowered beings now running the United States. They want him to track down a killer.

At first I was a little nervous because that's how many in the DC universe refer to Batman. However, The Detective is a fully realized character nothing at all like Batman. The start of the novel is similar to the start of Watchmen - brutal murder of a member of the supergroup followed by an investigation into his death.

However, Kingdom of Heroes is not fan fiction. There is careful worldbuilding that makes it a unique universe. You have a sense of what is happening all over the planet without Phillips spending page after page in exposition. Instead, Phillips uses newspaper clippings, recordings of video, and diaries to fill out the world.

The writing is very professional: well-edited with strong proofreading. The pacing is quick, the very definition of a "page turner". I read the entire book in 24 hours. That meant no sleep, little time eating, and no writing. But I couldn't stop.

Information is carefully given to the reader. We know what's going on before The Detective which creates extra tension.  Phillips doesn't dumb it down for us. He tells his story and expects us to keep up. I couldn't be happier.

I did notice a few wrong word choices and have sent my suggestions to the writer.

I firmly believe that character trumps plot. When you finish Kingdom of Heroes, you'll find the plot is very smart. The hero realizes the big picture a little too late which creates even more tension. But it is the characters that sell the story.

The Detective is a smarmy bastard. He's cocky and paranoid and, more importantly, a hero. I feel like I know everything there is to know about him.   Writers should look at his work as an example of how to create personality. There is nothing one-dimensional about The Detective.

Phillips does not use Chapters. There are very obvious breaks in scenes that replace the start of a chapter. I've seen a few ebooks attempt this.  Phillips manages it better than any other I've seen  However, I'm old school. I want to see chapter endings. It helps increase tension.

My other dislike is something typical of the genre. All the women are very attractive and love flirting with the hero. I've been criticized for the same type of sexism in my own work so, as I'm pointing the finger at him I'm also owning up to it myself. If you've seen any film noire, you know this is an expected element. Comic books are also guilty of this. What I'd like to see in Phillips new work is more realistic female characters.

Kingdom of Heroes is a very enjoyable read. If you love a good mystery, you will enjoy this. If you've grown up on comic books and want a story that treats you like an adult and doesn't hold any punches, you will also love this book.


I usually review about three books a months. Sometimes those reviews are part of beta reading so the review only goes to the authors. Others are for promotion. If you are interested in helping out authors while also getting lots of free books, please consider joining one of the following groups on Goodreads.
Modern Goodreads
Authors Helping Authors
Making Connections
Posted by Unknown at 10:56 AM No comments: 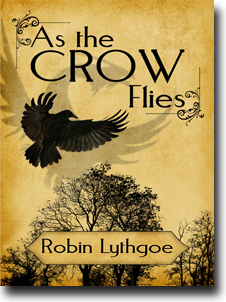 Have We Become Too Nice?

Here's my ranting video on the state of reviewing indie authors and the need for more honesty.


Have reviewers become too nice? Are we suffering from Paula Abdul syndrome? You saw her on American Idol. How often did she turn to someone and say "That hurt my ears."

Let me back and say this: I'm a teacher. It's my job to look at people who suck at something and help them get better. When my students make a mistake I force them to say "Yeah!" instead of "Shoot!".  I encourage to look at their mistakes and missteps as a learning experience, a "what-not-to-do".

And then I look at the indie writing community.  I've seen several books that are very poorly written receive several 5 star reviews on Amazon and Goodreads.  I've seen lots of high fives for ridiculous cover art.

So I have to ask myself: Have we become too nice? Should we be more like Simon and less like Paula?

P.S.
I have also read many good indie authors. David James, Helen Boswell, Chris Strange, Travis Luedke, etc. I could go on. I always post reviews for the books I liked but I haven't been posting reviews for the ones I hated. Hence this post.