Full Spoiler Alert: I'm not holding any punches and I'm not hiding anything. Stop reading now if you want to avoid spoilers.

1. Pretend Your Audience Has a Brain

Many of the finer moments of How to Get Away with Murder are quiet, subtle moments shared between actors. At the end of the first episode, there is a moment between Professor Annalise Keating and her husband, Sam Keating. The body of a young woman has just been found. Here is what they say:

Annalise Keating: I think the boyfriend did it.
Sam Keating: I guess we'll find out

Here's what is implied by the actor's doing what actors are supposed to do:

That is powerful storytelling.

Gotham assumes you are stupid making every easter egg so prominent a blind person could find them. Did we really need Poison Ivy to be standing behind plants to realize who she was? Groan.

Comic book fans admit it: the reason you liked Gotham, wasn't because of Jim Gordon. The scene featuring the Wayne murders was well done. I enjoyed seeing Edward Nigma and Falcone. However, by the second time they showed Selina Kyle I was bored to tears. She does nothing in this episode except stand there and crouch. It's like the showrunners were more concerned with giving Catwoman screen time than actually giving her something to do.

How to Get Away with Murder did not waste time with an origin story. It hit the ground running with an active court case and let us discover the characters as they progress through events. Writing 101 says no back story until you are 1/3 through the work. Gotham tells us Jim Gordon used to be in the military. Try showing us instead. Have him deal with Post-traumatic stress disorder or, I don't know, act like a soldier. 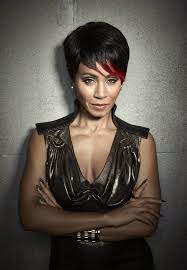 3. Make Us Care About Your Heroes More than the Villains

Gotham has potential. The characters are interesting and there are several strong actors in the cast. Most notable is Jada Pinkett Smith whose character, Fish Mooney, could carry the entire show. In fact, she kind of does. The villains in Gotham are far more interesting than Jim Gordon. There's only one reason for this: bad writing.

How to Get Away with Murder makes us like Wes Gibbins very quickly. They show us he's a nice guy in way over his head surrounded by smart, callous people. Professor Keating shows incredibly strength and a willingness to do anything to get win. One scene shows us she's cheating on her husband. The show trusts Viola Davis to convey the quiet despair as she watches her marriage fail because she's unable to conceive a child with her husband.

What does Gotham do? It throws in a completely unnecessary lesbian scene that does nothing to further the plot or make us connect with the characters. 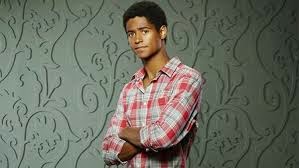 Link: Yes, 'How To Get Away With Murder' does star 'Harry Potter's' Dean Thomas

At the end of  Gotham, I didn't really care who killed the Waynes. That's a bad sign. There is no evident "Big Bad" in the show. Sure we see Falcone and Fish Mooney, but they don't feel like bad guys. Couldn't we get a hint of the Court of Owls? That would have me hooked, not a simple retread of stories we've all heard a hundred times.

Sound off in the comment section and let me know if you agree or disagree.

Links: Gotham: The Good, the Bad, and Ugly

To see how I helped someone get away with murder in my own writing, check out the links below.
BOOKS BY M JOSEPH MURPHY:

Cover art is a complete mystery to most writers. Don't believe me? Check out LousyBookCovers.com for hundreds of examples of  what NOT to do on a cover. To compound the issue, many cover artists take advantage of indie authors charging ridiculous amounts of money for bad cover art.

I recently had the privilege of working with science fiction/fantasy author Maer Wilson on the updated covers for her Modern Magics series. She needed an updated cover when she moved to a new publishing house. Working with Maer I learned three important tips all indie authors need to know.

1) Don't Pay in Full Until You're Satisfied

Would you pay a plumber before they fixed your pipes? Do you pay a DJ before the wedding?

Normally, when you hire a contractor, they may request a deposit up front but they don't send you the final bill until they've finished all the work. Maer had a few challenging experiences with previous cover artists. One fell out of contact with her after being paid but before finished versions were delivered. With another artist, there was a misunderstanding about the scope of work required. Thankfully, Maer had given each artist a deposit, paying for only half the work up front.

The lesson here: don't pay in full until you have a usable finished version. If the artist demands to be paid in full before they deliver any work, find a different artist.

2) Use Google Hangouts to Discuss Revision

To discuss the first few revisions, Maer and I spoke back and forth over email and Facebook. She asked me to do something very simple. I misunderstood and ended doing much more work than necessary. Maer suggested we chat over Google Hangouts and it was the best thing ever.

I shared my desktop with her which allowed her to give me instant feedback on changes I made to the cover. This saved both of us significant amounts of time and, I believe, delivered a much stronger product.

3) Sometimes The Author Doesn't Know What They Want

Maer told me there was only one thing she didn't want on her cover: people. All her previous covers were abstract images because she wanted to avoid having topless sexy people on her cover. I showed her two drafts of abstract covers (shown below). Then I showed her one with a person on it because a cover most urban fantasy covers have people on them.

She liked it. Maer was surprised that she liked it but it wasn't like the covers she was used to seeing. Far too many urban fantasy books nowadays feature half naked people superimposed on a nature background. This almost never looks professional. The final result should look like a single piece of artwork, not a cut-and-paste job.

BONUS POINT FOR COVER ARTISTS: Sometimes the Author Does Know What They Want
Remember, the customer is always right. No one cares if the artist prefers one cover over another. Heck, maybe the artist is right. But if your employer is telling you to do something, you do it. You have entered into a contract and have a legal responsibility to make sure your client is satisfied.

Cover art doesn't have to be difficult. There is absolutely no excuse for having bad cover art. You can find several artist on Fiverr who are willing to do a cover with simple stock photos for $5. If you're not willing to invest $5 in a cover, you obviously don't take your writing seriously. On the other end of the spectrum, I've seen cover artists that charge over a $1000 for a cover. This is ridiculous unless they are a world-famous cover artist like Christian McGrath (artist for of the Dresden Files) or Alejandro Colucci (artist for the new Robin Hobb books).

Check out my website for other examples of my cover art. You'll also find a contact form and rates if you are interested in hiring me to do a cover for your book.
Cover Art by M Joseph Murphy

I'll also be featured on an upcoming episode of Maer's podcast to discuss the cover creation process.

Watch for a post next week in which I show you the numerous revisions we went through to get the final version. 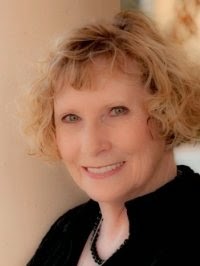 For more details on Maer Wilson and when her books will be re-released, check out her links:
Website: MaerWilson.com
Twitter: @MaerWilson

Related Links:
10 Tips for Effective Book Covers
4 Steps to Create a Good Book Cover
Evolution of a Book Cover - Council of Peacocks
Tips for Designing Your Own Cover