Q and A on Council of Peacocks 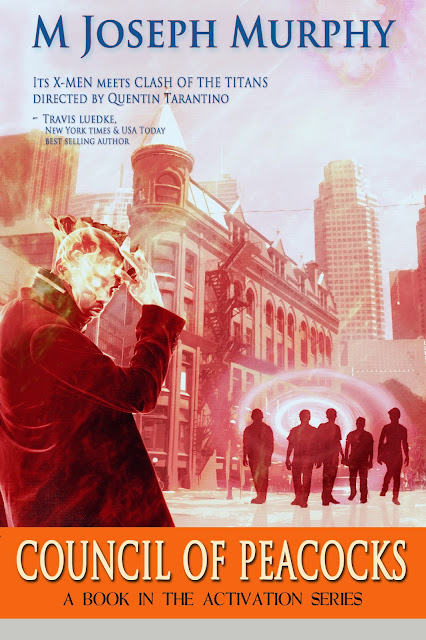 I've looked at tons of writer's blogs. I've never wanted to directly copy something so much as this post from Candice Lemon-Scott's blog post The Next Big Thing.

After reading it, though, I realized the format of question and answer was perfect. So, giving credit where credit is due, here is my answer to the same questions.

1) WHAT IS THE WORKING TITLE OF YOUR NEXT BOOK?

2) WHERE DID THE IDEA COME FROM FOR THE BOOK?

There's a scene in that movie where the "good guys" are hiding in the home of the crazy killers. They wait until the crazy people are sleeping and then they leave.

3) WHAT GENRE DOES YOUR BOOK FALL UNDER?

Although it began as a horror novel for mature audience, by the second draft it was an pure urban fantasy. The majority of the characters are under 20 so some may consider this YA. Heck, if Hunger Games can be considered YA so can mine.

4) WHAT ACTORS WOULD YOU CHOOSE TO PLAY THE PART OF YOUR CHARACTERS IN A MOVIE RENDITION? 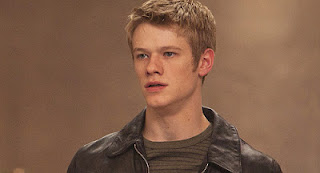 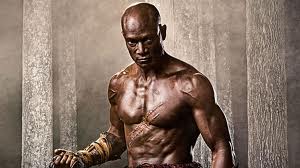 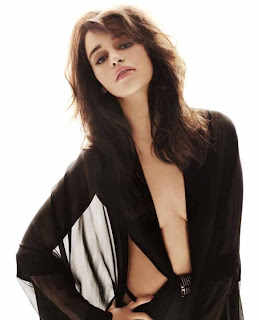 I recently saw my first episode of Nikita. One look at Lyndsy Fornseca and I knew she should play Garnet.  She's a pyrokinetic who can also manipulate people's emotions.  She is not as strong as she'd like you to believe.

I'm not a big fan of Andrea's decisions on The Walking Dead but I've loved Lauren Holden's work for years. She's tough as nails but still feminine.  She will shoot you dead without blinking but it doesn't take much to see her humanity.

Propates - Leader of the Council of Peacocks (Gabriel Garko)

Wisdom rescued Propates from a life of poverty during the height of the Roman empire. Well, he kidnapped him, slaughtered his family and saved him from poverty if we're being technical. Over the years Wisdom became less ruthless; Propates became more.

5) WHAT IS THE ONE-SENTENCE SYNOPSIS OF YOUR BOOK?

6) WILL YOUR BOOK BE SELF-PUBLISHED OR REPRESENTED BY AN AGENCY?

7) HOW LONG DID IT TAKE YOU TO WRITE THE FIRST DRAFT OF THE MANUSCRIPT?

First draft was less than 3 months. I then spent two years revising it.

8) WHAT OTHER BOOKS WOULD YOU COMPARE THIS STORY TO WITHIN YOUR GENRE?

9) WHO OR WHAT INSPIRED YOU TO WRITE THIS BOOK?

10) WHAT ELSE ABOUT THE BOOK MIGHT PIQUE THE READER’S INTEREST?

Did I mention the secret group of sorcerers is allied with a shadowy wizard-type from an alien world?  He's from the same world as my epic fantasy series. Let's just say by the end of Council of Peacocks, things get complicated. As much fun as Council is, the second book in the series is bazonka-nuts fun.