Thale (Movie) and A Discussion on Bittorents 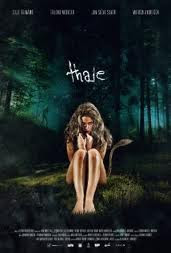 I love movies. I especially love original, well made movies. So when I saw the trailer for Thale on Youtube I was very intrigued. It said it came out in 2012 so I looked on Amazon.ca for the movie. No luck.

As a Canadian I have to say Amazon.ca sucks. Seriously. Because of Canadian Content law we miss out on a ton of foreign films here. I prefer to see them in the theatre. Barring that, I’ll wait until it’s on Netflix. Unfortunately, our Netflix is s a shadow of what you have in the United States. So I looked to download the movie as my only option.

After searching for Thale on Pirate Bay, however, I saw this message from the films director. 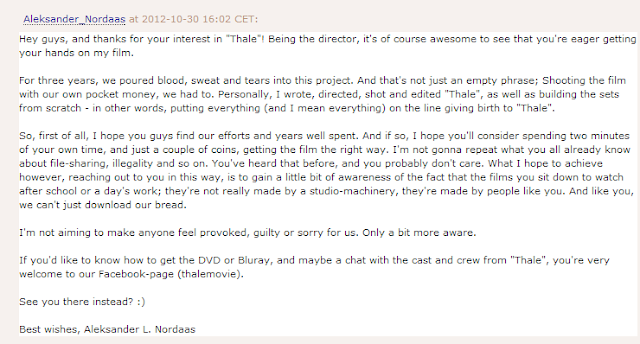 I liked the movie on Facebook instead and saw it was being released in the U.S. in 2013.
More artists should take it. Instead of fighting the battle in court, reach out to your fans. Remind them of your hard work and your humanity instead of appealing to guilt. It really works.

Here's the director's facebook. Send him some love: Aleksander L Nordaas
Posted by Unknown at 12:50 PM