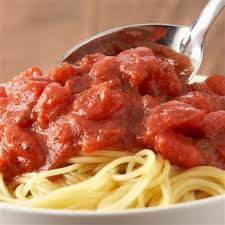 So i was cooking supper tonight after a marathon writing session. As I was making my spaghetti sauce I had this sudden epiphany that writing is a lot like making spaghetti sauce. Every single time it "tastes" just a little bit different, even if you use the same "ingredients" each time.

I'm working on the second draft of a novel. The experience feels completely different to writing the Council of Peacocks even though some of the elements are similar. Once again, you have a young man with magical powers. Once again there is a demonic element but everything else is completely different.  I didn't try to make it different, it just turned out that way.

One of the ways it's different is that the main character is a gay high school student. After he is beaten, nearly to death, by a gang of idiots, he summons a demon to take revenge. After taking his revenge, however, the demon wants to steal his soul. So the young man uses his power to escape. He teleports to alien planet, the same one hinted at in Council of Peacocks. And that's where my story starts.

I struggled with this more than I expected. In the first draft I down played his sexuality. During the rewrite, each time it works itself into the story I find myself self-editing. It's like I'm writing for Nickelodeon in my head. I can be in the middle of a scene and suddenly I'm thinking "What will Rush Limbaugh say about this?" Or even worse "Will putting this scene in mean my book is banned in high schools?"

Each time I ask that question I saw screw it. I have to stay true to the story. I'm not writing with a big political statement in mind. I'm not trying to change anyone's opinion on anything. But there's a story I need to tell and I have to tell it honestly.

This novel will have a very different "flavor" than Council of Peacocks but it is the novel I need to write at this point in my life. So what if I through in a few extra ingredients this time. One of the best things about spaghetti sauce is that it IS different each time. Hard to get bored that way.