Tokenism: Why I'm Furious at the Fantastic Four Casting 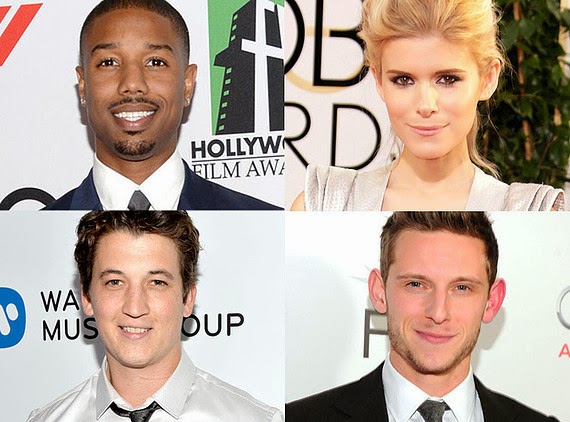 In the reboot of the Fantastic Four movie, Johnny Storm will be played by Michael B. Jordan.

Some will ask why I’m not satisfied with Hollywood increasing diversity. But that is not what this casting choice is about. I could just imagine the Hollywood executives sitting in a room saying “We need a black character in the movie black people won’t see it.” This is not creating diversity. It is token-ism.


If studios were concerned with creating diversity, they could focus on any of the interesting and complex persons of color in comic books. Michael B Jordan would make a great Luke Cage. He is not Johnny Storm. Johnny and Sue Storm are supposed to be brother and sister. Why isn’t a black actor playing Sue Storm? Are we really supposed to believe Michael B Jordan and Kate Mara are brother and sister?

Some people claim when fans are upset at casting decisions it is because they are racist.  Bull. I’m not the racist one. It’s the studios who think I will be placated because they stick a random black actor into a cast.

I’ve also heard the argument that making a white character black is not the same as making a black character why. Why? A change of race is a change of race. I know when I’m being pandered to. Fundamental to the character of Johnny storm is that he is Sue’s brother. I supposed they could make him an adopted brother but all that says is “Hey we wanted a black person in the script so we shoved one in.”

Nothing against Jordan. He was great in Chronicle which may be why the director, Josh Trank, wanted him in the movie. Chronicle is one of the best written superhero movies I’ve seen. Which is why I am so disappointed with this lazy, insulting casting.


HOW STUDIOS COULD TRULY CREATE DIVERSITY

I’m a geek. I’ve read Marvel Comics for other 35 years. I know there have been black members of the Fantastic Four including, at various times,  Black Panther, Storm, and Luke Cage. Why aren’t we seeing them in this movie? If they wanted diversity, they could include Wyatt Wingfoot, a First Nations character, or another woman in the cast. Instead, we get another token black guy. And we’re supposed to be happy about this? 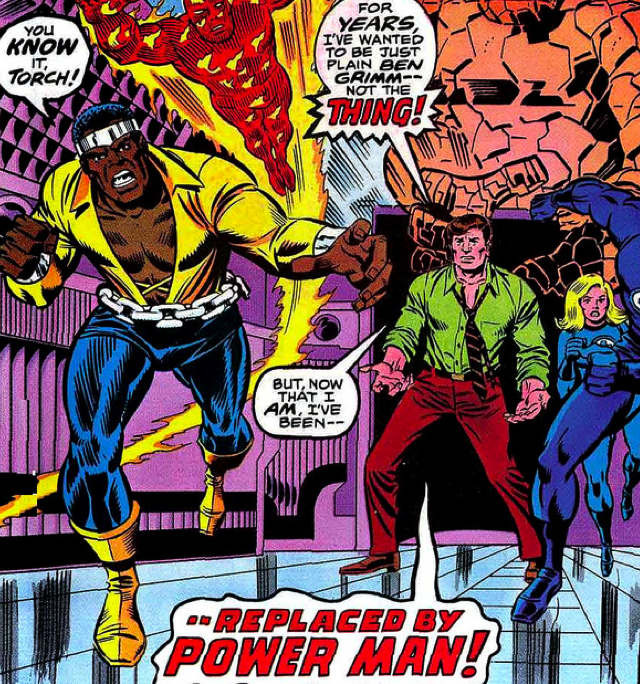 I’d like to say no one is fooled by the studios. Unfortunately many people are. They see this as a sign of inclusion.

WHO IS DOING DIVERSITY CORRECTLY

I have much more respect for how Marvel introduced the new Ms. Marvel. Rather than turn Carol Danvers black, they introduced a completely new character, Kamala Khan. By focusing on Kamala, a 16-year-old Muslim from New Jersey, we get to heard different stories, hear about life from a different perspective.

The TV show Arrow introduced a new character, Diggle. Rather than leave him a token black character, he exists as a full character with an interesting back story.


Making Johnny Storm black is not creating diversity. It is a feeble, lazy way for studios to say “Look at how progressive we are.”

If they wanted to be progressive, they would tell Luke Cage’s story. Or Kamala Khan’s. Or Black Panther. Or any of the dozens of other existing characters of color. Fox is not the only studio to do this. It seems every movie or TV show needs its token black person now. It’s ticking off the fans and angering people of color.

You may be fooling some people Fox, but you’re not fooling me.