When to Change Your Cover Art and 5 Things to Consider 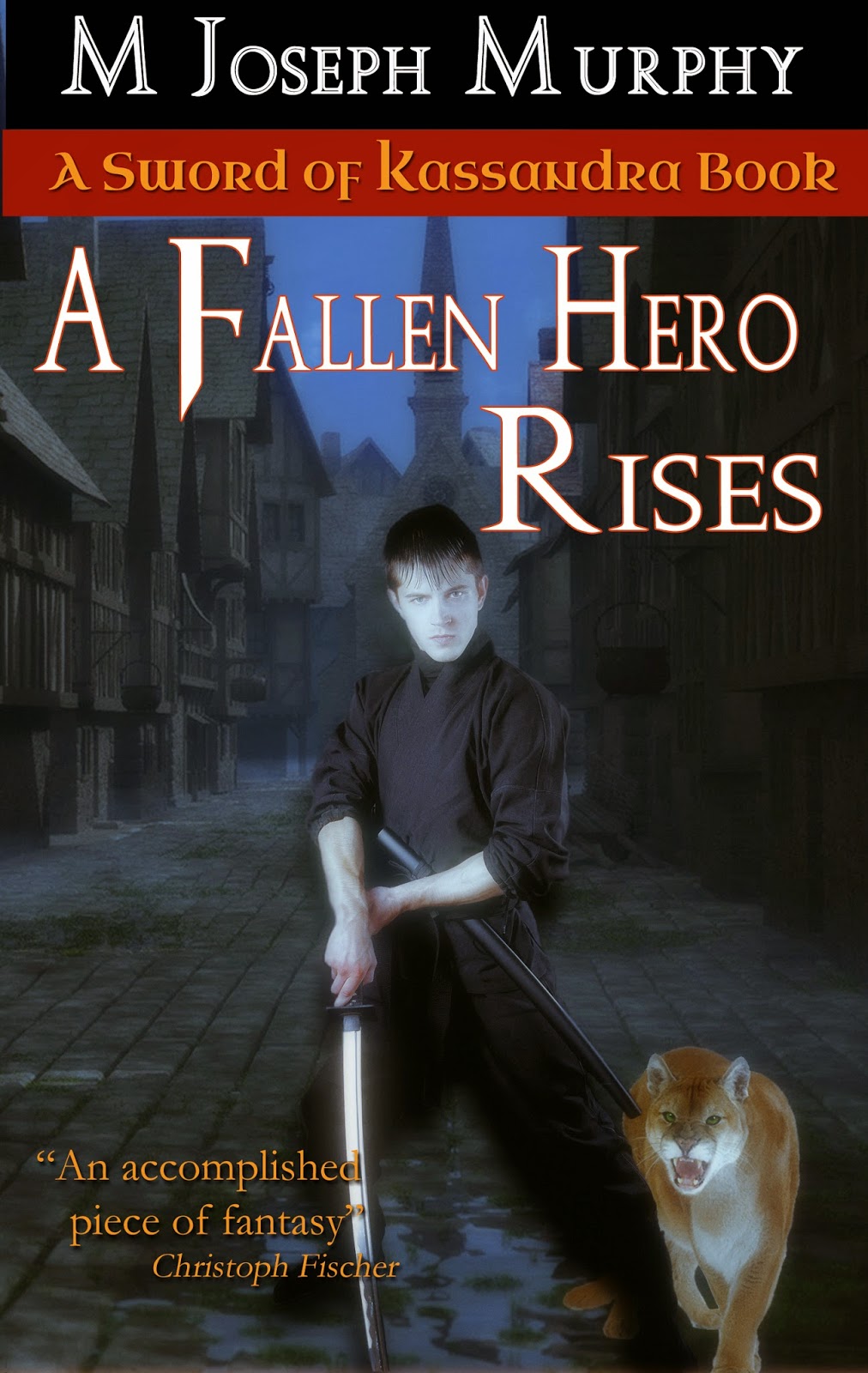 One of the benefits of the self-marketing movement is that for the first time authors have complete control over their cover art.

A Fallen Hero Rises is the second book I published. It has gone through several cover changes. Below you will see each of them in order. I'll also explain why they didn't work.


This was the first cover I designed. I like the mix of colors. However, my name is far to small. The image also did not work well as a thumbnail. Additionally, the dimensions were incorrect making the cover seem warped on Amazon and Smashwords.

The cover was updated for proper dimensions. It also works better as a thumbnail. However, my name is still too small. The biggest problem is it doesn't feel like a fantasy novel. Being unique is a double-edged sword. It's crucial that your audience be able to look at the cover and immediately determine genre. Which means it should share similar characteristics to other covers in the same genre.

Why it works: dragons. Nothing shows a book is an epic fantasy as quickly as putting a dragon on the cover. I like the image but I really screwed up the font. It's almost impossible to read as a thumbnail. Also look a the spacing between the letters. If you look closely you'll find they're uneven. The main reason I changed this, however, was the male figure. He's too old for the demographic. A Fallen Hero Rises is a YA epic fantasy featuring a 17 year old. This guy looks to be in his mid-twenties.

That brings us to the current cover. 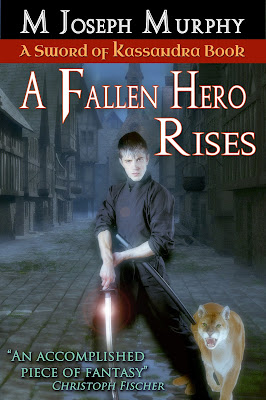 I kept the same background and general colors but adjusted the shadow and midpoint levels. This makes the buildings easier to see. You'll notice the color palette is identical to the original cover. However, this cover feels more polished. It's also similar to current covers in the same genre. The font is much more legible and works extremely well as a thumbnail.

Now that you've seen the progression of covers, here are the 5 things I suggest you consider when updating your cover art.

1. Font and Verbage Are as Important as Image

Too often, focus is placed on the image used. It's often the use of font and placement of words that separate amateur and professional-looking covers. The font needs to identify genre and it has to "pop". Look at current best sellers in your genre to determine the types of font used. Don't get fancy. Don't get cute. Put as much time into choosing font and verbage on the cover as Coca Cola or Microsoft would before putting up a billboard.

The image has to resonate with your target demographic. Usually, a book with people on the cover is easier to relate to. Make sure the people on the cover speak to the target demographic. That's why most romance novels feature couples. Many erotica covers mimic the look of Fifty Shades of Grey for the same reason. To speed up the buying process, people need to be able to pigeon hole your book in a very specific genre with one look at the cover. If they can't place it into a genre, they won't likely read the blurb. If they don't like the blurb, they  probably won't buy the book. But that's a completely different blog post.

Usually, it is more important that your cover relate to genre expectations than being an accurate reflection on events in your book. Here's the perfect example: the Dresden Novels. On almost every cover in the series, Harry Dresden is shown wearing a fedora. It tells gives the sense of magic and mystery even though Dresden never wears a fedora. Ever.

Remember: you are building a brand. If they don't know your name, you can't build product awareness. Many writers do not have a background in marketing so building a brand is a complete mystery to them. In marketing terms, if you are a new writer you need to build Brand Awareness. For companies, their logo is their brand. For you, it is your name.

Again, you are trying to build brand awareness. You want people to look at a book cover and IMMEDIATELY know it's your cover. Look at all the covers for Stephen King or Dean Koontz. The fonts and color palettes are usually similar. This is especially important for your 5-10 books. If you update one cover, consider updating the other covers to build consistency

This article has several great tips on consistency: 5 Tips for a Great Book Cover

One statistic states the average self-published book sells around 150-200 copies (source: 25 Things to Know When Self-Publishing). It doesn't make sense for most people to spend hundreds of dollars on one cover. If you plan on publishing many books, consider taking the time to learn Photoshop (and trust me, it will take many, many months to become an expert). If you don't have the time, there are many avenues to get inexpensive cover art. On the other hand, paying a small amount of money for a bad cover can be equally expensive. Like it or not, everyone judges a book by its cover, especially in the digital world.

Cover art is an important part of your branding as an author.