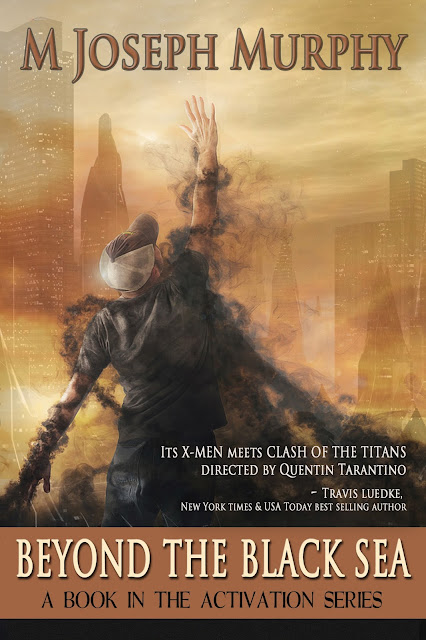 Book Two in the Activation Series is currently available for preorder on Smashwords. Click here to add it.

It will be available for purchase June 21st through Amazon in paperback or electronic versions.
Amazon Author Page with links to available books.

Josh Wilkinson is haunted by two words written in still-warm blood: Your fault.

Wisdom, an immortal raised by the djinn, has gathered a band of super-powered teenagers to stop the Council of Peacocks, a group of evil sorcerers. After the battle in Thessaloniki, the Council is on the run. Just when final victory appears imminent, Josh’s mother is murdered and the prime suspect is his father.

Once Josh was integral to the Council’s plans for world domination. Now Josh learns his cousin, Travis, is the one set to activate the Verdenstab, an alien terraforming device. If he does, the Orpheans, demonic allies to the Council, will escape the Black Sea, a pocket dimension that serves as their prison.

In a last-ditch effort to prevent the invasion, Wisdom and Josh use an ancient portal hidden beneath Gobekli Tepe to enter the Black Sea. The rest of the team – a pyrokinetic, a telepath, and a mercenary – head to stop Travis from activating the device.

The end is closer than anyone suspects. The Activation is set to happen tomorrow.