The Joy of Editing (Why You Need to Kill Your Darlings) 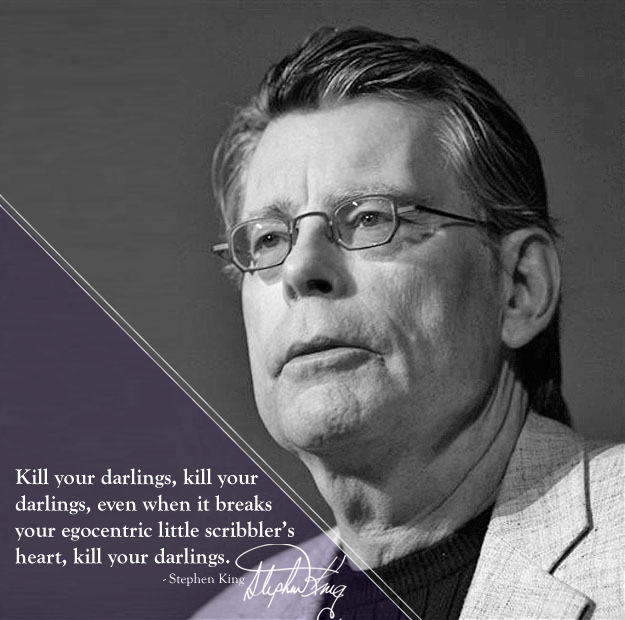 “In writing, you must kill all your darlings”
William Faulkner

Council of Peacocks is not my first novel. It is actually the 5th novel I wrote but the first worthy of being published. It is also the book I have spent the most time revising and editing.

Just how many times did I rewrite it? Five times.

That's right: I went through the book 5 times before I thought it was good enough for someone else to critique. It is currently out with a second round of beta readers. I had three people read it when I finished the second draft. That was over five years ago.

When I decided to send it out to another round of beta readers, I thought about re-editing it first. I decided I wasn't going to catch anything more. If it escaped me through 5 revisions and my 1st group of beta readers didn't catch it, only another writer could.

I was completely cocky at first. I thought my book was perfect.

There were dozens of spelling and grammar mistakes. On top of that, several people found a few of my characters completely unlikeable. One beta reader found an entire scene completely disgusting and out of tone with the rest of the novel. Another reader, already an accomplished author of several books himself, took a red pen to whole sentences and paragraphs because they destroyed the pace and energy.

And I couldn’t be happier. 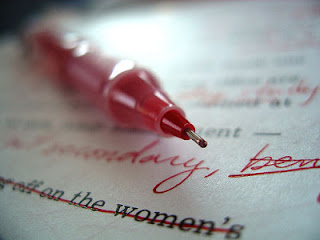 It is not fun having my faults pointed out to me. It is very humbling. However, now that I can see the weak points in my writing, I can fix them. The worst thing you can do for a writer is lie hoping to save his or her feelings. Honesty and a critical read is all any writer could ask for.

Next week I’m starting final edits of Council of Peacock. I haven’t read through it in almost 5 years now. Hopefully with that amount of time and the feedback of 8 beta readers will make me the distance I need to kill my darlings.