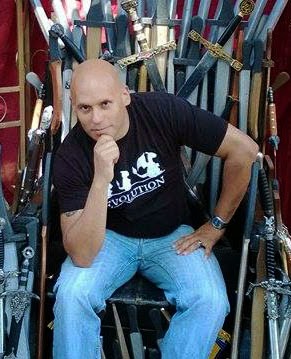 As a teenager he wrote short stories and wanted to be the next Stephen King. Instead of horror, however, he kept writing fantasy stories. After surviving high school as a goth with a purple mohawk, he studied English and Creative Writing at the University of Windsor.

When not writing, Joseph is an accounting instructor at a local college. He lives in Windsor, Ontario, Canada (right across the stream from Detroit, Michigan) with his husband, two cats, and a shy-but-friendly ghost.

NOVEMBER 2014
Publication of Demons of DunDegore, book 2 in the Sword of Kassandra Series.

DECEMBER 2015
Scheduled publication of Are You Watching Me? This will be his first non-fantasy thriller and features a sex addict who becomes the target of a serial killer.

MARCH 2015
Scheduled publication date of The Backwards Pawn, book 3 in the Sword of Kassandra Series.