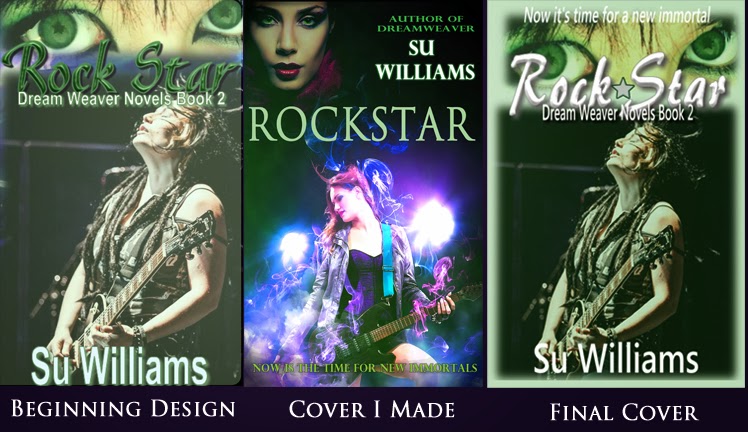 I met Su Williams through a group of fantastic writers I belong to, Author Social Media Support Group. She posted a draft of the cover for her second novel and wanted feedback. Here was her original draft: 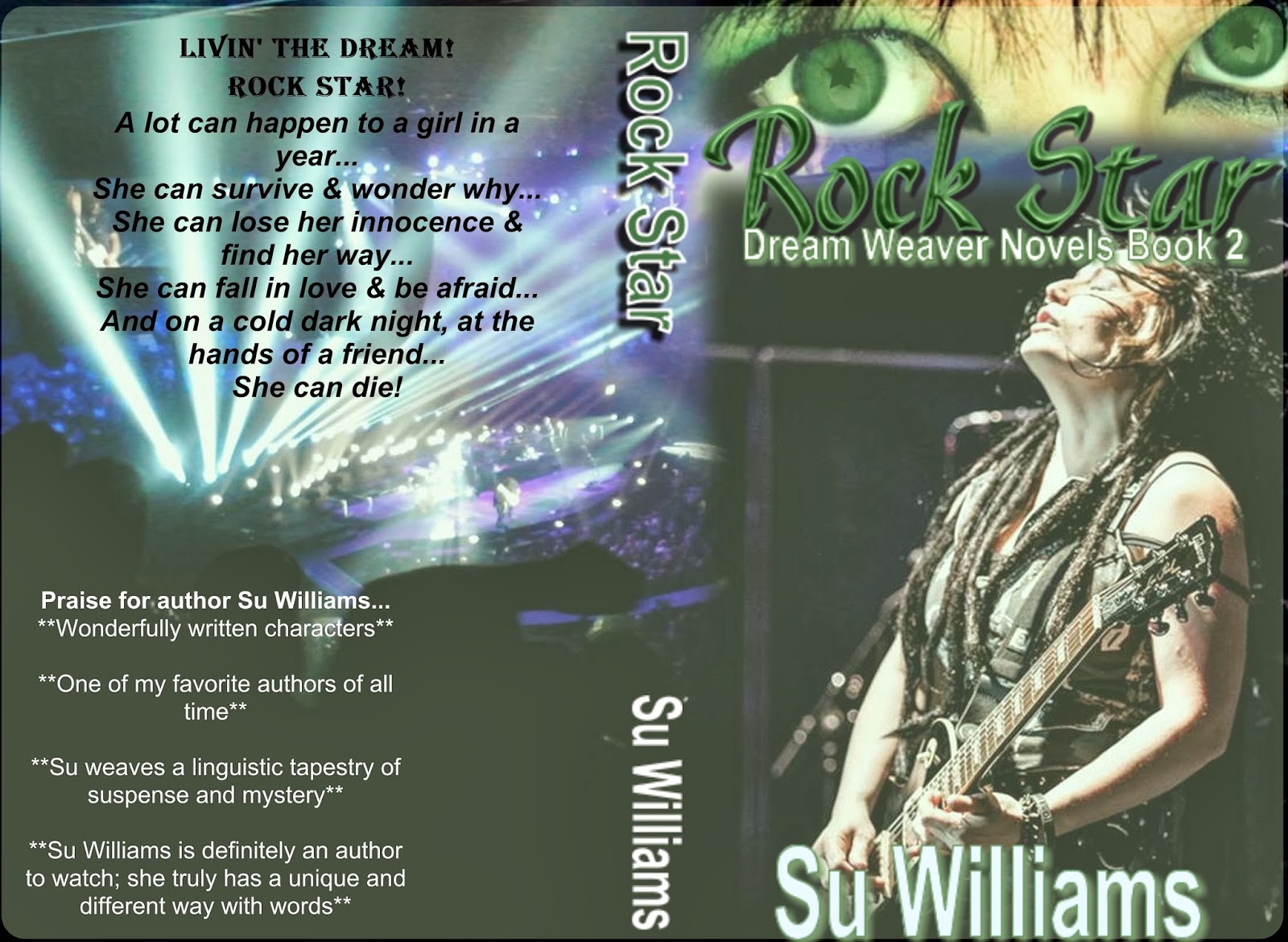 Because she was using Illustrator and PowerPoint, her editing options were very limited. After offering advice for a bit, she asked if I could take her chosen images and work with them in PhotoShop. I wanted more expose and experience working with cover art so I agree.

WHY IT DOESN'T WORK

The core images are not bad. However, I believe the fonts destroy this cover. It's impossible to read the back cover. The eyes behind the title are extremely distracting. I call this "photobombing": insertion of a random image that obviously doesn't belong.

LESSON FOR OTHER DESIGNERS

Keep it simple. Graphics programs allow you to do tons of tricks. That doesn't mean you have to use them. I sent her the graphic below. 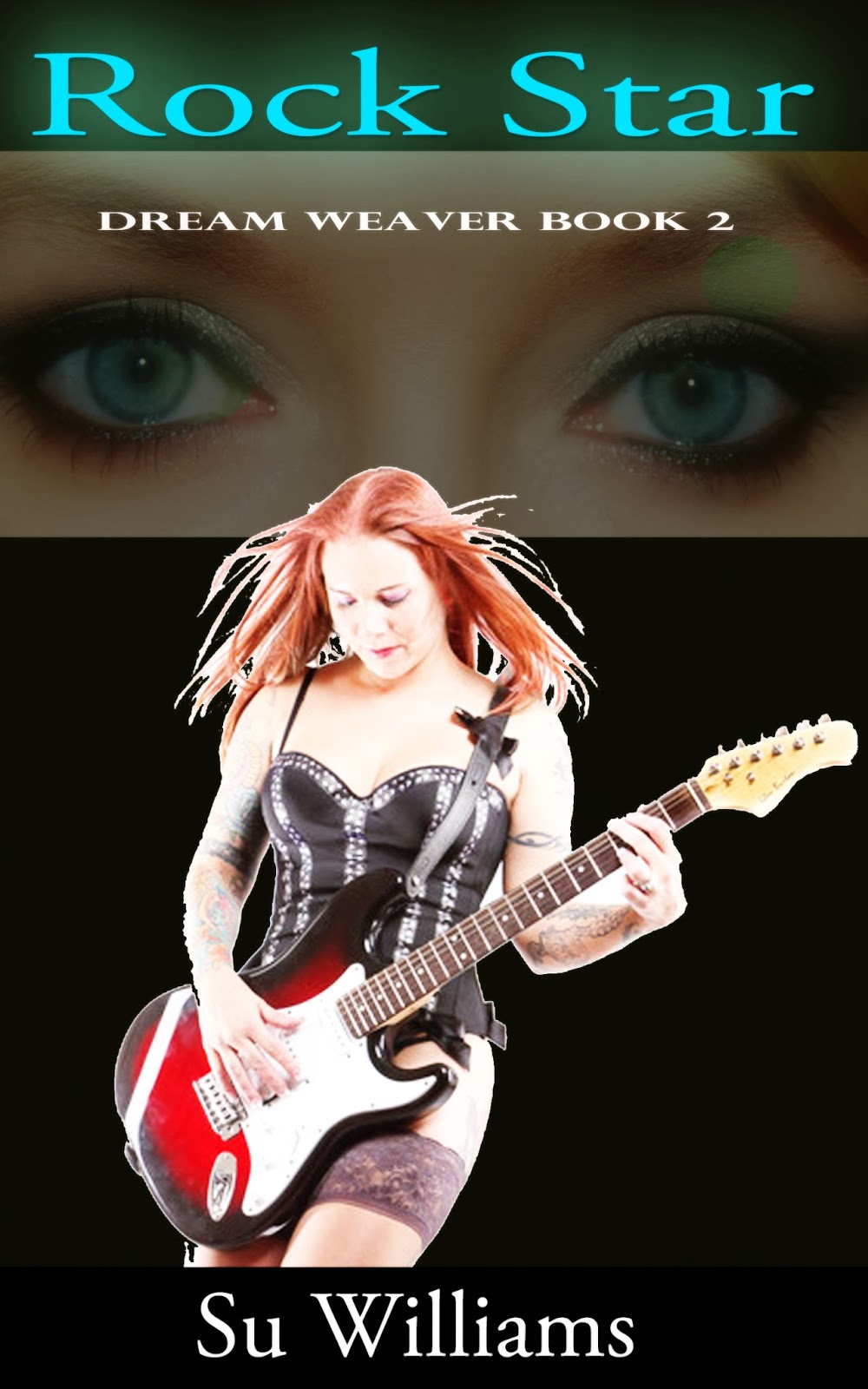 The eyes are from Pixabay. The woman on guitar was DeviantArt by ModelMSangi. This was never intended to be a final cover. It is simply a mock up to show how to improve the impact of the cover by keeping it simple.

After Su sent me the images, I came up with three different alternatives: one with the old eyes, one with new eyes and one without eyes at all. I preferred the one without any eyes. Su stated she liked the image with the original eyes best.

WHY IT WORKS BETTER

First of, the colors work better with the original graphics. I'm not a huge fan of the greens in the original. The wording on the back is much easier to read. I added names to all the quotes in the "praise" section. Quotes without names, I find, are not as convincing. I also added the short bio on Su and her picture. Readers like to put a face to the name. It's very important for brand building.

WHY IT DIDN'T WORK IN THE END

CreateSpace has very specific requirements. The space taken up by her picture needed to be left blank for CreateSpace to put one of its elements.

And here's where I made a big mistake. Su was relatively happy with the one cover I sent her. However, I was not. I kept working on it for another 20 hours playing with different designs.

I read the description of her first book and realized there is a supernatural element to her series. I don't think that comes across in any of the above images. Su wanted something that looked more painted. The graphics she sent me were not of a high enough quality to do this well. She also wanted more of the green coloring from her original design.

So I purchased two pictures from Fotalia and tried again. I read the reviews for her first book, Dreamweaver, and found a truly great quote: "Now is the time for new immortals." I love this. It sets the ton and establishes genre in a way the original cover doesn't. Below is the cover I came up with. 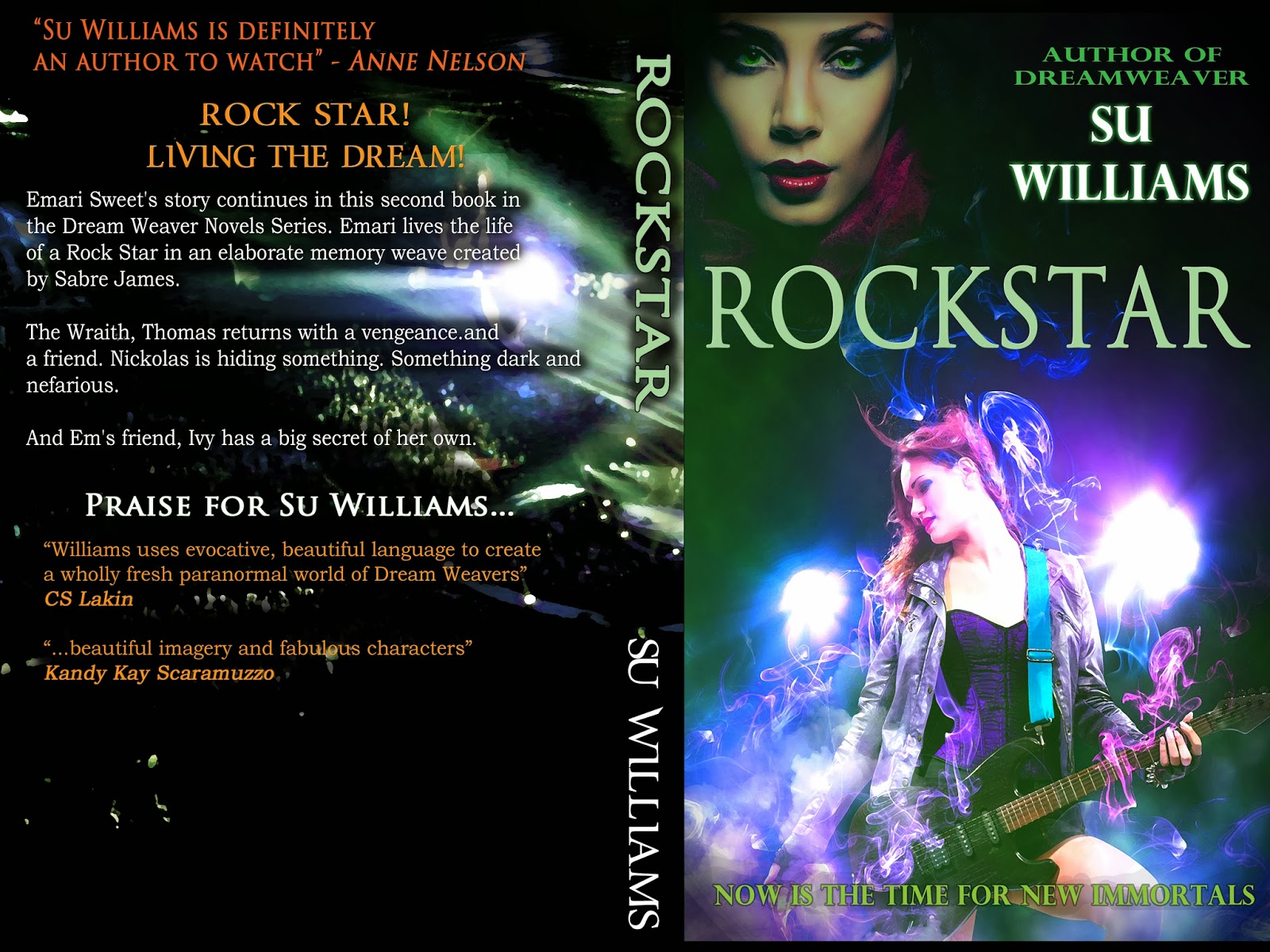 I was extremely happy with the end image, believing it to be much more professional in appearance. Su, however, believed it was a cool image but had nothing to do with her book. She asked me to try again with the original images. She also said she was running out of time because her set publishing date was only a few days away.

At this point, I had spend in the neighborhood of 30 hours playing with different versions of the cover. That is a ton of time to volunteer.

I told Su I could not devote any more of my time to her cover because my own writing and promotion was falling behind. I also suggested that self-publishing deadlines are wonderful but it is always better to publish late than put out something you might regret later. She was very thankful for the help I'd given her. We both gained from this. I learned tons about Photoshop and cover design. I also made a new friend in Su.

Here is the final cover Su decided on: 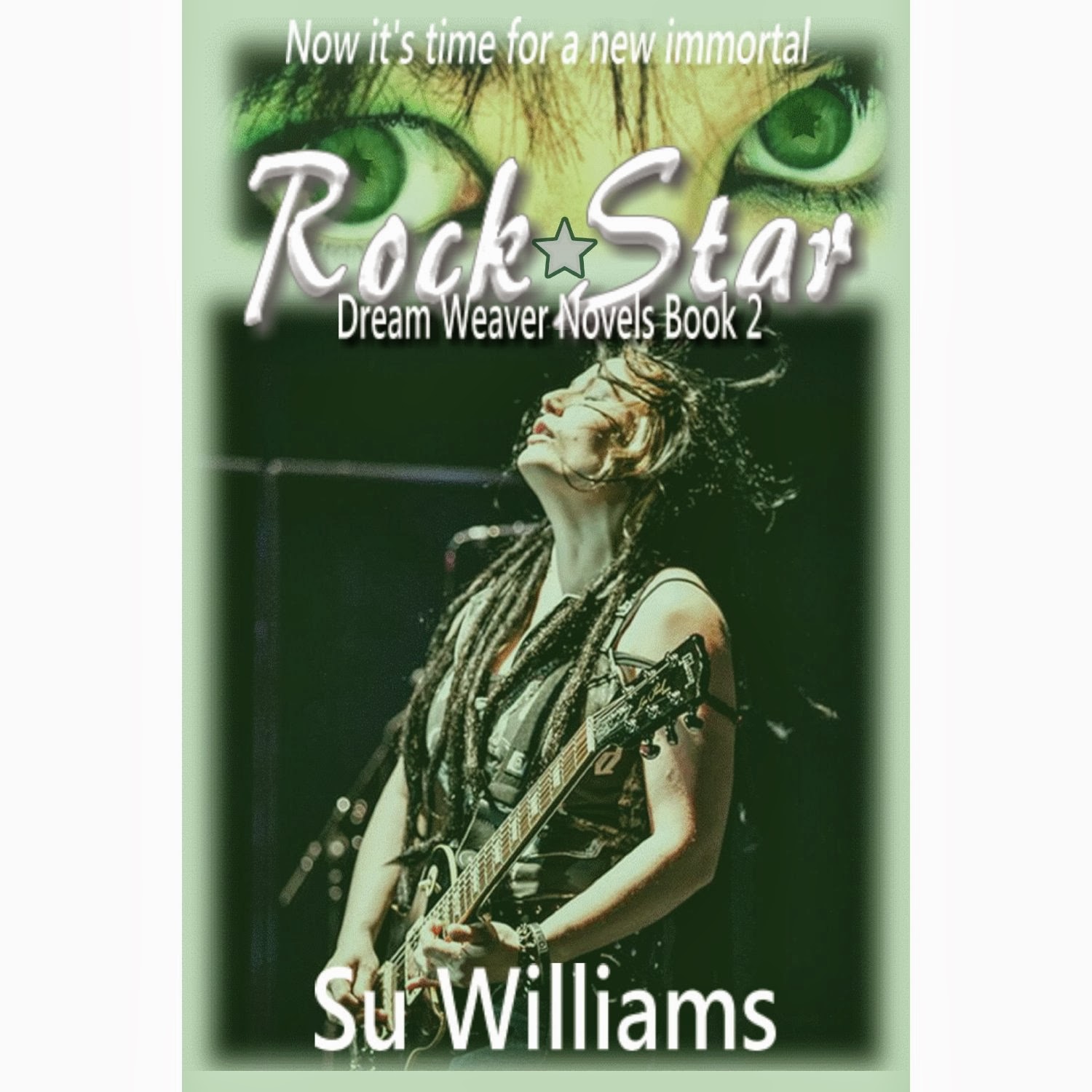 I wish her the best with the release of her second book. Here's where you can purchase her book:

LESSONS FOR OTHER DESIGNERS AND AUTHORS

1) DESIGNERS, IT'S NOT ALL ABOUT YOU
Designers, it's not about you. No matter what you think of the cover, if your client is not happy, you need to keep working. If the author is happy, stop. I know this is the better option but my ego still tugs at me to not put my name on something I can't be proud of.

2) KEEP IT SIMPLE
Authors, keep it simple. The best advice I can give you is spend a few weeks looking at covers in your genre before you decide what your cover should look like

3) USE HIGH QUALITY PHOTOS
You can do some amazing things in Photoshop but you're still subject to Garbage In Garbage Out. The higher the resolution of the photos, the better you can manipulate them.

4) STOP THINKING YOUR COVER NEEDS TO RELATE TO A SCENE IN YOUR BOOK
This isn't the point of covers. I understood this from my love of comic books. The cover image is supposed to set a tone for the story. It doesn't need to be accurate. My favorite cover designer, Christian McGrath, does the covers for the Harry Dresden stories. In every cover, Harry wears a hat. He almost never wears a hat in the books. Please don't get hung up on "accuracy" in cover art. That's not its purpose. Never has been.

While browsing the internet today, I noticed that Su Willaims has updated the cover for RockStar. Here is the new cover which I believe works much better than the one posted above. 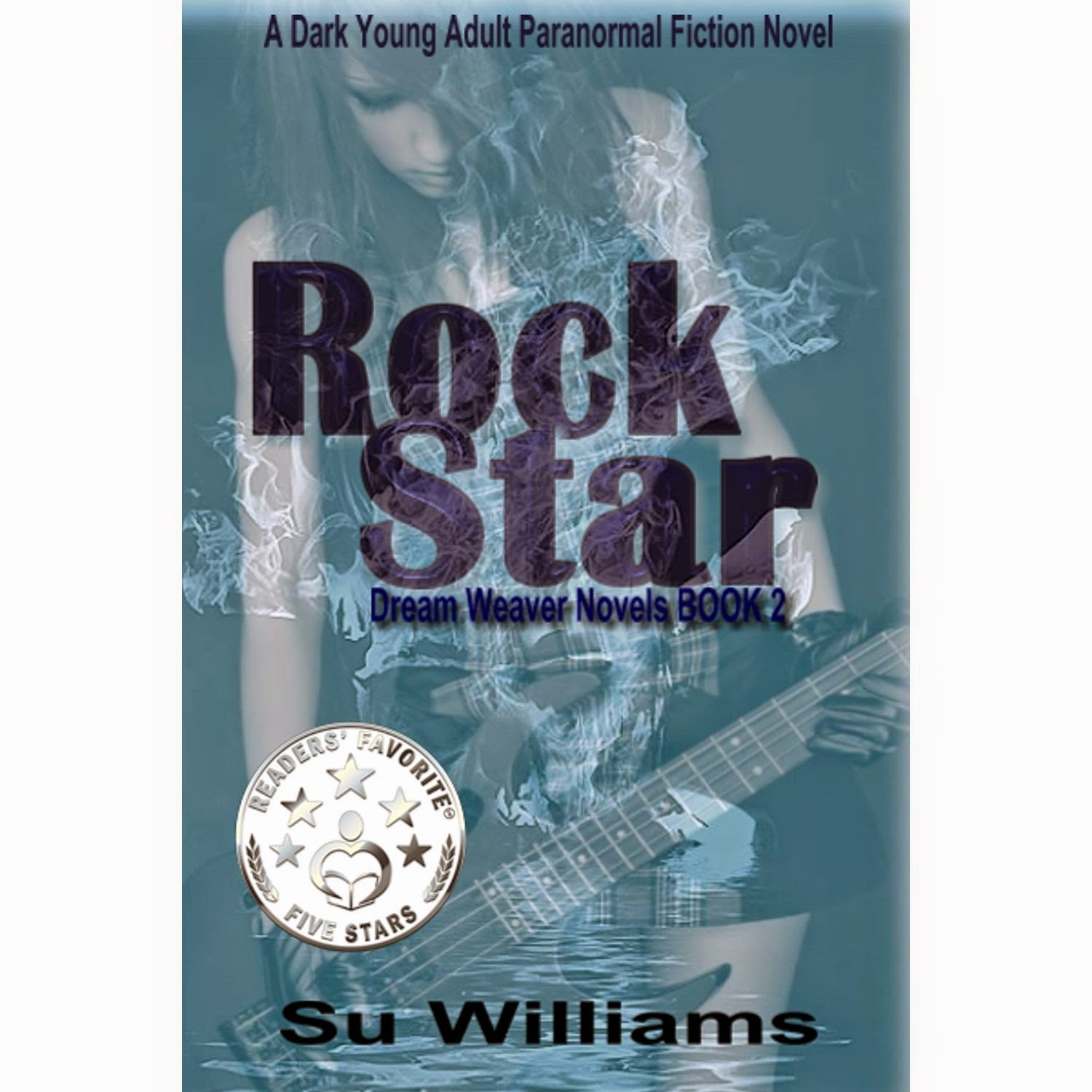