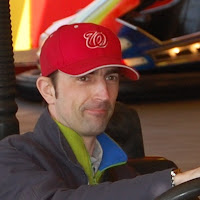 I met Luke Bellmason through our mutual friend Jae Blakney. She posted the preface to Canterbury Tales on her blog. I was immediately impressed by the quality of writing. Thankfully, Luke and I have talked several times and he recently agreed to an in-depth interview. Here is Part 1.
In your preface you discuss the process of coming up with Canterbury Tales. I think it’s a valuable story for young writers. Did you have someone give you helpful advice when you started writing? If so, who was it and what did they say? 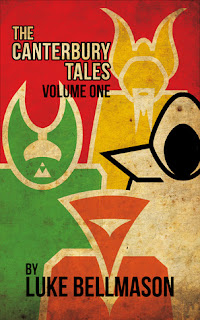 I can't think of any one person who gave me advice when I started writing because I don't think I told anybody I was doing it! I was one of those writers who was scared to show my work to anyone because they might not like it. I am still like that and I imagine it's a natural thing not to want to hear criticism but I didn't even give my work to my friends to read.

Eventually I plucked up the courage to join a writing group and it covered everything you needed to know from fiction, to writing articles, to how newspaper stories are written, to poetry, to romance, to short stories to novels. I can remember reading out a story I'd written for the first time to the group. It was a ghost story about a submarine and it was quite 'atmospheric'. I read it out to the class and it was the very first time anyone had heard my work. A woman at the front of the class said she had been 'transported away' to the place I was describing and she could see the rolling waves, the rain and the dripping walls. I think that was the moment I realised the power that writing could have. Unfortunately, I had neglected to give the story an ending so she said she was dying to know what happened next!

That was the one experience I'd say that made me realise that being an author gave you a tremendous power to create anything you wanted inside people's heads. After that I was hooked, and even though sometimes I feel like life would be a lot easier if I didn't have this little writing demon nagging at me day and night to "sit down and write", I know I'll never be able to give it up.

Once you become a writer, you can never look at the world the same way again. Wherever you go and whatever you do it gives you a purpose; you're an observer, you get to look at things and think about why they are the way they are, what they would be like if they were different.

One if the other major events in my early writing days was finding Douglas Adams. When I first saw the Hitchhiker's Guide to the Galaxy on TV, the old 80s series, I realised that I was Ford Prefect. I'd always suspected that I wasn't originally from this planet, so the idea of being a researcher for some intergalactic guide book really appealed to me. That and the fact that Ford (like his creator) managed to be a writer without actually doing that much writing. For Ford (and Douglas) the experiencing of things was far more important than the writing about them bit.

Sorry, I seem to have drifted somewhat from the original question.

No. That’s a perfect answer. In your introduction you mention a video game called Elite. Have you tried replaying it recently?

Yes, I did play a game called 'Oolite' a few years ago, which is a freeware version of Elite for the Mac. It's been updated and expanded quite a bit and has a great modding community, but it has a mode which lets you play it as the original Elite. What you tend to forget is how boring it was! Compared to modern games, there's really very little going on, so much of the game is in your own imagination. That's also the key to good writing I think. The more you cram into someone's head, the less work the reader, or the player, has to do which means they're less engaged.

I often wonder if playing Elite had an influence on my choice of career because I ended up as a truck driver! I even started learning to fly a helicopter about two years ago and there's a lot of that piloting, trucking kind of vibe going on in the my stories. A lot of the stories involve sitting trapped inside a box, and yet being free to roam the galaxy. 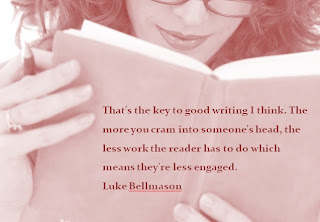 Are you aware that Elite has a sequel coming out (Elite: Dangerous). If so, do you plan on playing it?

Yes! In fact I found out about Elite: Dangerous from Twitter and I saw the Kickstarter page the day after it ended. There was an option on there to buy the rights to publish an official Elite book, but I just missed out! So I could have quite easily made 'The Canterbury Tales' into an Elite book, and it would have been nice to have been part of the big launch next year when the game and all the other books come out. The publicity would have been handy too. In another way though I'm glad I missed the deadline because a) I need the money for flying and b) this way I get total creative control.

From what I read the new game is everything we've been waiting for all these years. I played the original Elite sequel, Frontiers, but found it totally unplayable. They had given it realistic physics and made an astronomically accurate galaxy and solar systems, which was incredibly impressive in its own way, but it totally ruined space combat. The speed of everything was all relative to the nearest planet or star and enemy ships would whip past you at thousands of miles per hour, then circle around and whip back again just as fast. You couldn't even hit them!

So I understand that this new Elite has gone in for more of a classic feel, with much more detailed planetary systems, economics and political systems, and everything is supposed to be tied in with one online persistent universe, so when a system decides to build a new station, it will affect the commodity prices for the construction materials in the surrounding systems and so on. Wars can cause humanitarian disasters which will put the food prices up, all kinds of complex interactions will be going on all the time. 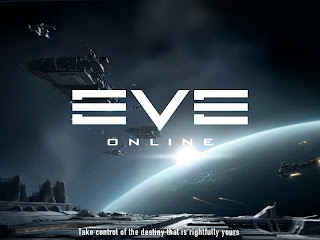 What interests me about all of this is the law of 'unintended consequences' and what happens when you let real people loose on an open world. Emergent behaviour is certain to create new and fascinating things in the game which the designers hadn't anticipated. I love all of that. I played EVE Online for a bit and liked how the stories in the game came purely from the player interactions rather than being put there by the designers.

One of the stories I'm working on now for Volume 2, the Miner's Tale, is based on my brief experiences in EVE Online. If Elite: Dangerous can somehow mix the chaos of an online game with the structure of the old Elite, it will be awesome. 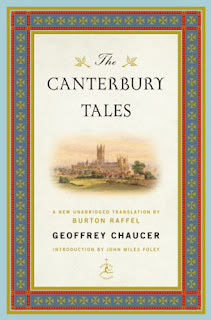 If I remember correctly, you’ve never actually read the original Canterbury Tales.  Do you plan on reading it now?

I fear that the original Canterbury Tales is totally impenetrable to anyone who hasn't studied the medieval period and knows how to read “olde English”. Plus the fact it's poetry. I read somewhere that it wasn't just one of the first books published, but one of the first published in English. At the time, books were in German, French or Latin, and the English people spoke was far removed from what we speak now, it really is another language. Remember also that not many people would have been able to read or write when the Canterbury Tales came out.

I suppose in a way, the world of medieval England is as far removed from us now as the world of starships, faster-than-light travel and aliens, so maybe there's a neat sort of parallel.

I did find an updated version of the Canterbury Tales translated into a more readable kind of English, the Percy Mackaye version if anyone wants to find it. I could see myself reading this at some point, though it's still quite hard going. I actually based the language of the 'story-teller' in my book on the kind of language used in this 19th century version.

The main problem in understanding the book for me would be not knowing much about that time period. The church was a much more powerful force in people's lives and a few of the characters in the original stories are related to religion. In a way, it would be like reading a science-fiction story with all the exposition removed, which might be an interesting exercise.

History fascinates me and I never took much interest in it at school. One of the hardest things about history is forgetting everything that you know and trying to imagine what it was like for people at the time. It's so easy for us to look at major events, like world war two or the sinking of the titanic for example, and look at them with hindsight. People knew and believed different things in the past and that shaped their actions. It's one of the things that annoys me about 'steampunk'. It's lazy history; it doesn't bother to filter out the modern world, it simply assumes everything was the same then as it is now. All steampunk is basically the 'Flintstones' to me.

Part Two of the Interview Will Be Posted Thursday