Why Prometheus Was Such a Disaster 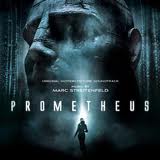 So I watched Prometheus last night and...wow.  That's quite a movie. I mean, this movie should be taught in film schools and creative writing classes. It's a perfect example of what NOT to do in fiction.

About halfway through the movie I started to get a little fuzzy. At first I thought it was the gravol I'd taken to help me sleep. Not so much. The fuzziness was a side effect of poorly constructed storylines and even worse characterization.

So why did this movie suck?

The first half was amazing. Avatar-quality special effects. Interesting character types played by actors that were easy to look at and capable of delivering emotive performances. It had big ideas. At one point I felt like I was watching a Kubrick film. Then suddenly it was like Michael Bay came along and "crash boom pow"....the end. 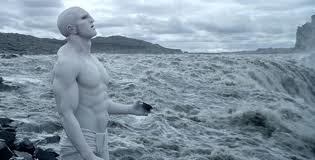 I loved the engineer as Prometheus. The rebellious titan that steals fire from the gods and gives it to man. That is a movie I would have loved to see. Unfortunately we never see against whom Prometheus is rebelling. We don't get a clear idea of what "fire" he's stolen but it appears to be the gift of life. And if the engineer is not representing Prometheus and there was no "fire" stolen, they shouldn't have called the movie Prometheus. Mixed metaphor much?

I can guess at what the writers wanted to do. After my degree in English I could write papers on how William Blakes paintings related to quantum mechanics. Here, I'm guessing the engineer at the beginning was rebelling against the rest of his war-like race by trying to create life instead of destroy it. But the audience shouldn't have to guess this much. Writers are commonly told to put it on the page.

That doesn't mean we have to beat them over the head with it....which is something this movie did.  There were several points when a character stated something that was completely obvious to any intelligent view. Which left me thinking the makers of the movie did not expect their viewers to be intelligent. Groan. And then there was the way the film makers completely wasted Charlize Theron. She is an amazing talent. She managed to put a lot of humanity behind the shell of a character she was given. Yet somehow she manages to become completely superfluous in this film. She does absolutely nothing that could not have been accomplished by the captain of the ship.  One of the things that made the original Alien so great was the way Ripley evolves into a hero to survive. Charlize Theron's character actually devolves until, at the end, I couldn't have cared less if she lived or died.

Writers can learn a lot from this movie.

1) Every character in your work needs a purpose if you are going to devote more than a few sentences to them.. They need a life and they need motivation. If your character has no use, get rid of him/her and weave their actions into another, more necessary character.

2) Starting big means you better end big. Do not get the reader's hopes up by waxing philosophically on the nature of creation and the parent-child relationship if you're only going to end with things exploding.

3) Create characters the audience can connect with. The most human character was actually the android. And I loved that android. I wanted the entire movie to be based on his experiences because everyone else in the film was fluff.

4) Sometimes smaller is better. It became very obvious that the movie was only focused on setting up the sequel.  Sequels are good as long as your first movie doesn't suck. Sucky first movie means no one will bother with the sequel. Sometimes a small, self-contained story actually feels more completely than a meandering world-building blob.
Posted by Unknown at 11:28 AM